The 2 Arguments you have at the Same Time and Don’t Even Realize it!

When you fight, there are actually 2 arguments you are in at the same time. Here’s what they are and how to navigate them.

Conflict is never as simple as we think it is in our heads. If you could just see things the way I see them then we would’t be having this stupid fight. I’ve worked with a lot of couples in conflict and sorting out what what it is that we’re fight about can be the biggest challenge. What I think most people don’t realize is whenever you are having a fight there are really two arguments that are happening at the same time: The CONTENT Argument and the EMOTIONS Argument

The CONTENT - this is generally where the conflict starts. We don’t agree on something.

I want to go to the zoo but you think the zoo is stupid and don’t want go there. We planned on spending the day together but now there is a disagreement on what should happen.

Most of the time the content part of the argument is pretty simple and most people have the communication tools needed to figure out how to spend the day together in a way both can be happy. So why do people have such hard time around this. WELL, it’s because of the…

EMOTIONS Argument - It’s not a surprise there are often a ton of emotions that come up when we are in conflict and this can be real confusing to figure out but if you don’t, the fight can get way out of hand.

Maybe I feel like they don’t ever have a say in how we spend the day together, or I’m anxious about how much it will cost, or I’m still upset about that thing we were fighting about last night, but it’s easier to yell at you about not wanting to go to the zoo…

If the fight is real heated with emotion, whether anger or shutting down in sadness or shame, you bet that the emotional side of the argument is taking it’s toll. No scheduling conflict should bring up that much painful emotion, so if it is, there is something more at play.

I can’t tell you what the underlying reasons of every argument are about but I can say that in my experience the most common one is a RESENTMENT; this particular discussion triggers some feeling in me that I’ve been upset about for a while but haven’t addressed it yet. Some other common issues may be: shame, fear, unresolved trauma, insecurities, or anxiety and depression.

A quick way to check in on what might be going on underneath for you is to ask yourself: “What is my INTENTION behind what I’m doing/saying? If my intention is to lash out/win the argument/make them understand how I feel, etc. then it’s likely you are in some sort of resentment that should be addressed first.

If the emotion of the conflict becomes too much let go of the content to focus not he emotion itself in order to bring the water level down.

Once the emotion has subsided you can the pick things up where they were left off and finally figure out how to spend your day together.

There is a lot of complexity behind conflicts and sometimes the roots of resentments, hurts, or insecurities go deep. My hope is to encourage and empower you to face whatever issues are present in life with honesty and courage.

Thanks and hope this helps! 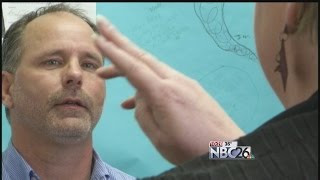 The 2 Arguments you have at the Same Time and Don’t Even Realize it!